Something has been bothering me for a while. Sometimes it's just a niggling in my background consciousness. Other times it comes to the forefront and gets in the road of other important stuff. But it's always there. That something is GMOs.

Well, actually, GMOs themselves aren't what's bothersome. I know where I stand. And I know where we stand as a farm and a family. We simply don't use GMOs or have anything to do with them. Never have, never will, end of discussion, hands down. We don't need them; they don't do anything for you who source food from our farm so it's a complete non-issue. It's not even a temptation.

But I do feel I should explain what's behind our GMO objection. And I haven't. I've been neglecting, pushing off and procrastinating.

And that bothers me.

I'm somehow not satisfied for you to simply know THAT we object to the genetic modification of life... I think it's critical that you to understand the WHY behind it.

It might be best to start with an analogy. I've found that comprehending truth in something familiar goes a long way in shining a light on the less familiar.

Imagine if, years ago, there was a Super Master Computer Programmer. This master code writer's skill was brilliant. The complexity of his programs is beyond belief. Their sophisticated, intricate design shows supreme intelligence. In fact no code writer today can ever begin to replicate his software.

And even though his code is thousands of years old, it's still so far over their heads that, no matter how intensely they analyze his work, even as whole teams of code experts, only the most basic lines of command are understood. The rest remains a mystery.

But complexity and sophistication of the code isn't the only thing that's incredible about this master programmer. The sheer volume of programs that he's authored also completely blows the mind and defies comprehension. Their diversity is so vast that today's software experts can't even count his distinct system types.

Some estimate the number of the Master's programs to be in the hundreds of billions. Some say there are close to one trillion. No one knows for sure. The number is just too vast. So, give or take a few billion unique programs, either way, the volume and endless diversity of the Master's programs makes the combined code writing power of Microsoft, Apple, Android, Google, Facebook and the rest a drop in a bucket.

Are you ready for the breathtaking part? If you haven't yet felt the touch of his hand, here is the Master stroke.

The Master wrote LIFE into his codes!

His software is living! All one trillion of them! They breathe, move, eat, and have self-repairing capacity when broken. Many of them have intelligence. Some are even self-aware!

Plus, get this... all of them have the capacity to make new, perfect replicas of themselves. The Master intentionally authored perpetual reproduction into every one of his trillion, marvelous, mind boggling, diverse information codes.

Hey Apple! Your technology lacks. Why won't my iPod grow a seed pod?

So I'm sure you get the point, but stick with me just a bit.

What if to save face, these egotistical programmers try to convince themselves and, worse yet, teach others to believe that all of the Master's intense display of design and order arose by chance? ...as ridiculous as that should be to anyone who thoughtfully observes even one of the trillion intricate, living, reproducing systems of the Master's code.

And so, since they try to believe these super codes developed by chance... and since they adamantly deny the existence of a Master Code Writer, these deniers have no ethical obligation to respect his masterpieces, his handiwork... his art. They claim it's their right to fiddle with the Master's programs. They are in the driver's seat. They like to be in power and in control. They will be like unto the Master Code Writer!

These high-minded impostors delete formulas, they edit code, they insert information into the Master's Code growing ever bolder even as they slip down the slippery slope.

It would be funny if it wasn't sad.

"Look," they naively say as they fiddle with the code, "this changes that!" I can only imagine the Master behind the scenes saying, "Of course this changes that! But stop! You're messing up a bunch of other connected things that your small minds and even smaller experience can't even begin to grasp. Please...just respect my work! Even if you don't understand why... just believe me, just trust me. I wrote the code exactly as it needs to be! It's a God thing. You won't understand."

I personally don't write computer code, but I do write some spreadsheets. One of the most disrespectful things I can imagine is for some novice, who can't understand my work (but who is proud to have learned to click the mouse and tap the keyboard) to assume he can make improvements. You know, make edits... deleting, and inserting information into my formulas just because he can.

Of course he'll mess it up. He'll not understand how cell connects to cell and formula calculates off formula and how changing even one single symbol, letter or digit in a formula like this: =(((Q478+R478)/2)/(D478+V478)*W478) (which I just copied off our dairy herd milk production tracking spreadsheet) would be disastrous with long range consequences. Even though the spreadsheet would look deceptively unchanged at first, disaster would be inevitable.

Folks, DNA is the building blocks of all life on this earth. It is the code of life that has been written by God himself. DNA is remarkably similar to computer code. It is information, genetic information – data, big data. God is the Master Code Writer of all living, reproducing things. He has no equal, and never will. He is God. It's unethical and dangerous to disrespect his work. This is the Master's doings and it is marvelous in our eyes.

I know I'm mostly preaching to the choir here among The Family Cow Tribe. But I also know that some subscribers to this Fresh Thoughts on Real Food newsletter may be thinking some of this through for the first time. It is for you I write.

Think about the classic masters; artists, authors, painters, musicians and sculptors. Think of Michelangelo, Mozart, Beethoven, Dickens, Tolstoy, Bach, and Handel. Think of the outcry if someone, even a modern expert, were to try to edit and modify say, the ceiling of the Sistine Chapel, the 9th Symphony, the Messiah, A Tale of Two Cities, or War and Peace.

Even if the 'expert' insisted that he was improving the classical work, folks the world over would unanimously cry foul and declare it unethical and disrespectful to mess with the masterpiece.

Ardent students of the master would understandably be the most passionate and would rise to defend their Master's work. They would plead that it be respected, protected and preserved.

This is serious, folks.

If a society cannot or will not respect and honor the masterpiece works of our great God on at least an equal level with the work of Michelangelo, this... is a very bad sign.

Is it possible that the GMO issue may be more of an ethical, moral issue than some people care to admit?

~to be concluded in two more parts

P.S. I originally wrote The Master's Code and posted it via this newsletter in 2016. It was all in one huge 3000+ word article. I read over it a few weeks ago and thought it may be good to resend it since so many of you are new since 2016. But I am a little more practical now than then, and decided to break it down into smaller bites. Even now at over 1000 words per part, I realize that only the top 5% of the most intellectual and literate of our tribe will read the whole thing. So, if you are here and still reading, I have a special message for you: "Kudos to you! You are among the top 5% in reading skills and focus and long-term attention span. You will go far in life. Keep reading. Keep learning. Keep thinking deeply. Life never grows old when the mind is kept young with new thoughts to think." :)

In Their Own Words 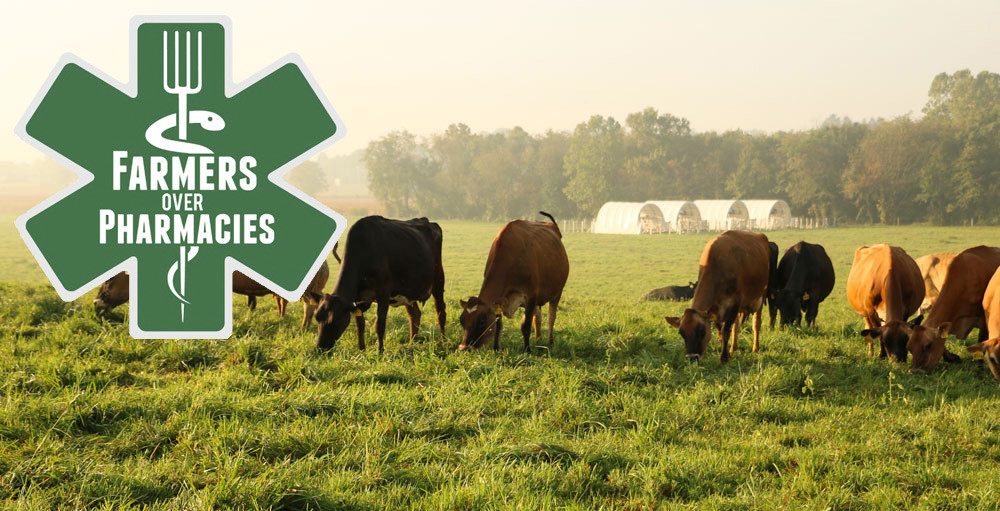 Raw Milk: The Heart & Soul of our Farm 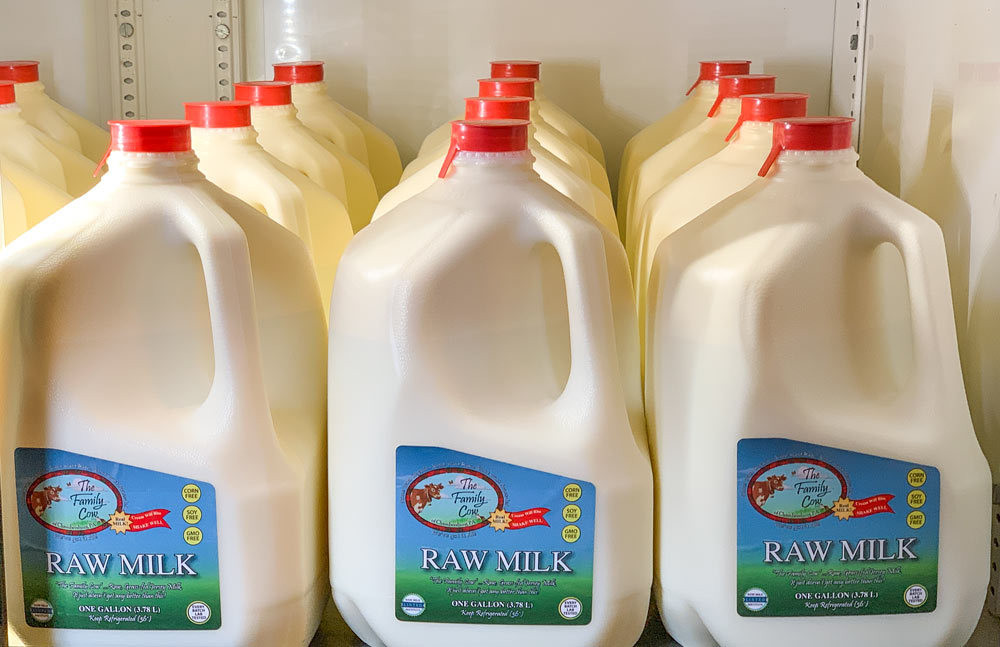 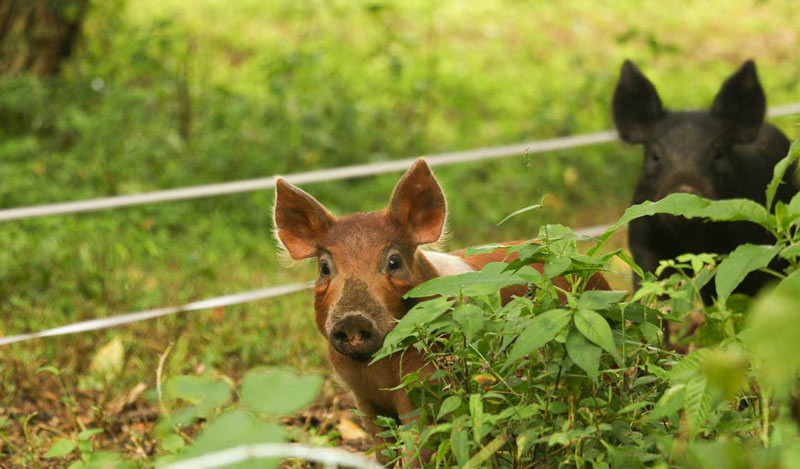